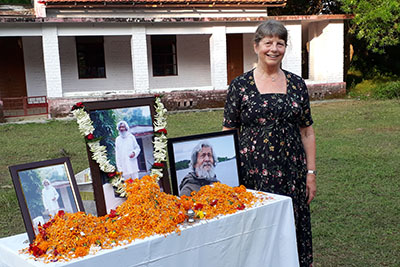 "This is the last greeting to Jaya from his good friends in Norway and Sweden.

Jaya was a very beloved person among his friends in Norway and Sweden, and we know he himself appreciated to visit those two countries and meet his good friends.
He belonged in a way to Norway and Sweden. It was there everything started: 35 years old he became a student at Hallingdal Folkehøgskule at Gol in Norway. The purpose was to learn more of the schoolideas of the Danish priest and schoolreformator Grundtvig, which was practiced and developed by the folk high schools in the Nordic countries. He wanted to transform and apply these ideas to the Adevasipeople in Bihar, which was the name of the state at that time.

He worked and earned money in Sweden for some years, and then went home to India, bought a piece of land and established a school he called Jagriti Vihara! Every one at this meeting knows what has happened later on!

In the last years he visited Sweden twice a year to have his treatment for his cancer disease, and then he also visited his friends both in Sweden and Norway, and he was full of plans and dreams for his beloved Jagriti Vihara!

In 2006 he visited Hallingdal Folkehøgskule at a 40-years celebration since he was a student there. It was great for him to meet his teachers and his schoolfriends again. And it was very great for them to meet Jaya and listen to what he had done in India. They wanted to visit him to experience the most important work of his life, and in 2007 we went to Jagriti Vihara – four of his teachers from 1965/66 and twelve of his schoolfriends, a very great experience for all of them and for me!

Jaya was very fond of children and young people, and he easily made contact with them. In a primary school in Norway, Høyeggen at Melhus, they every year arrange a solidarity run and collect money for Jagriti Vihara, and Jaya met the pupils and attended the run for many years. The pupils at this school declared Jaya to be The Children`s Nobel Peace Prize Winner the same year Malala was the Nobel Peace price Winner.

A student at a folk high school told his teacher he had got a new best friend, he was 85 years old and he was an Indian! We are many, many in Norway and Sweden who have very good memories of Jaya. We are happy to have been his friends, and he will always be in our minds and our hearts!

We pray for the future of his ideas that children of the Adevasi people and of India will get a good education and a good future! 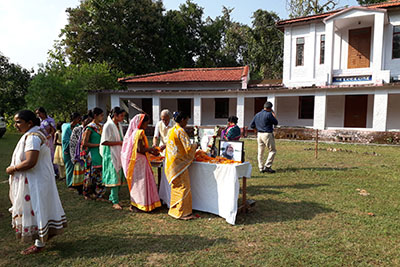